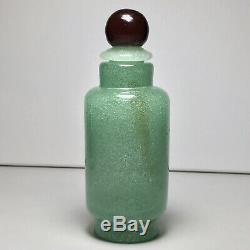 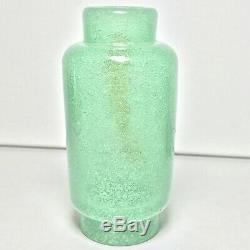 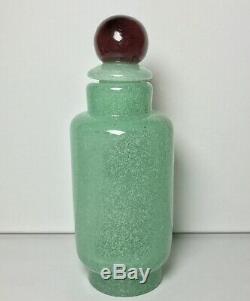 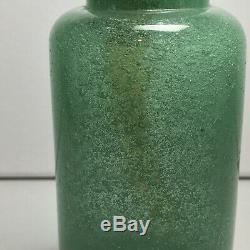 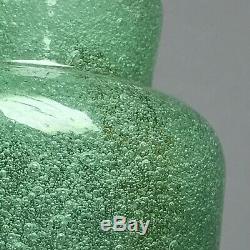 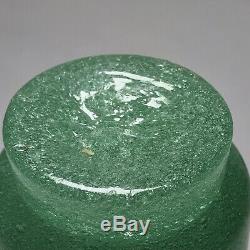 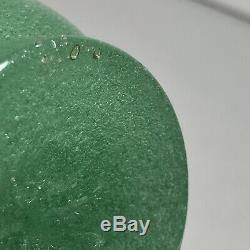 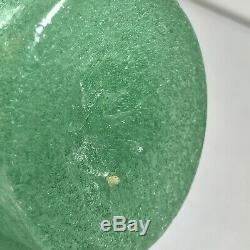 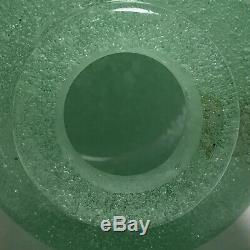 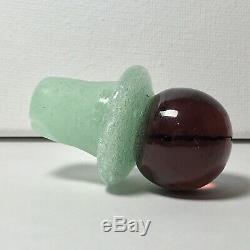 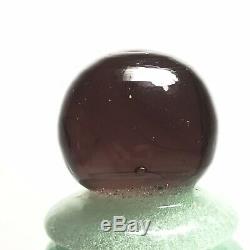 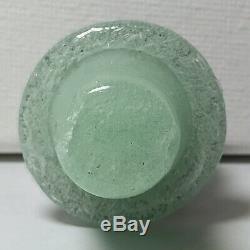 Important Carlo Scarpa 1930s Bollicine Art Glass Flask Bottle for Venini. Carlo Scarpa was an Italian architect and designer whose enigmatic works combined the influences of Venetian architecture, Japanese aesthetics, and Modernism. Scarpas compelling furniture, housewares, and buildings, evinced his myriad tastes and interest in history. If the architecture is any good, a person who looks and listens will feel its good effects without noticing, he once stated. Born on June 2, 1906 in Venice, Italy, he went on to study architecture and design at the Royal Academy of Fine Arts in Venice.

Despite apprenticing with the architect Francesco Rinaldo and his friendship with Louis Kahn, Scarpa was never granted the title of architect. This was entirely due to his refusal to take the professional exam given by the Italian government, because of this he forced to have a licensed architect on hand for his projects. Scarpas notable structures include the Olivetti Showroom in Venice (1958), the Museo di Castelvecchio in Verona (19561964), and the Brion Tomb and Sanctuary in San Vito (1969­1978). The architect died on November 28, 1978 in Sendai, Japan. He is famously buried standing up and wrapped in linen, in the tradition of medieval knights. Most often considered one of the most sought after art glass makers. Pieces by this artist are increasingly rare. A bollicine (bubble) glass can be considered one of the first examples of Carlo Scarpa's work at Venini.

Some of the items in this series were included in the sales catalogue at the beginning of the 1930s and partially presented at the 18th Venice Biennale (1932). This type of glass derives its name from the presence in its core of numerous small air bubbles (bollicine in italian). This type of glass can be produced by injecting potassium nitrate, which when heated frees minuscule bubbles of carbon dioxide. This procedure is a development of the pulegoso glass technique, adopted by Martinuzzi between 1928 and 1930.

The distinguishing element of bubble glass is its watery appearance, due to the large amount of crystal in it. Generally bubble glass, whose forms were drawn from Oriental art, was made in a very successful jade green, but also in light blue, dark green and amethyst. In particular, for wares dedicated to the dressing table the preferred combination was matching jade green with amethyst. The same series could also be produced in pulegoso glass. Size and dimensions - The bottle with the stopper measures 6 and 1/8th inches tall without the stopper the bottle measures just shy of 5 inches tall.

The stopped has two symmetrical chips that appear to be original for the stopper to fit. The item "Important Carlo Scarpa 1930s Bollicine Art Glass Flask Bottle for Venini" is in sale since Friday, August 30, 2019. This item is in the category "Pottery & Glass\Glass\Art Glass\Italian". The seller is "adamayerso0" and is located in Lynnfield, Massachusetts. This item can be shipped worldwide.